Zambia is a vast 750,000 sq km, nearly half the size of Europe. It is landlocked in south-central Africa with a population of approximately 12 million and is one of the least travelled and most rewarding wilderness destinations in Africa. Zambia is the most centrally located country in southern/central Africa, bordering with the Democratic Republic of Congo, Angola, Namibia, Botswana, Zimbabwe, Mozambique, Malawi and Tanzania.
Zambia boasts the Kafue, Luangwa and Zambezi rivers and possesses two of the largest wildlife sanctuaries in Africa, the Luangwa Valley and the Kafue National Park. The country has a total of 19 National Parks, abundant with wildlife in the raw wilderness.

This is the land of the legendary African walking safari and the mighty Victoria Falls – one of the largest waterfalls in the world which Zambia shares with neighbouring Zimbabwe. Including the Victoria Falls, Zambia has seventeen waterfalls.

In Livingstone, Zambia features as the Continent’s adrenaline-fuelled holiday capital with visitors partaking in a series of white-knuckling adventures such as white water rafting and bungee jumping, on, or over the Zambezi. Therefore the town of Livingstone is emerging as a destination in its own right as it embraces its colonial roots.

Most of the country falls into a plateau region, which has a pleasant climate. Zambia’s elevation on a plateau 1,300 metres above sea level gives it a moderate semi-tropical climate, despite being positioned within tropical latitudes.

The Zambezi and the Luangwa valleys have a hotter and more humid climate and the extreme north has a tropical climate as one reaches the shores of Lake Tanganyika. 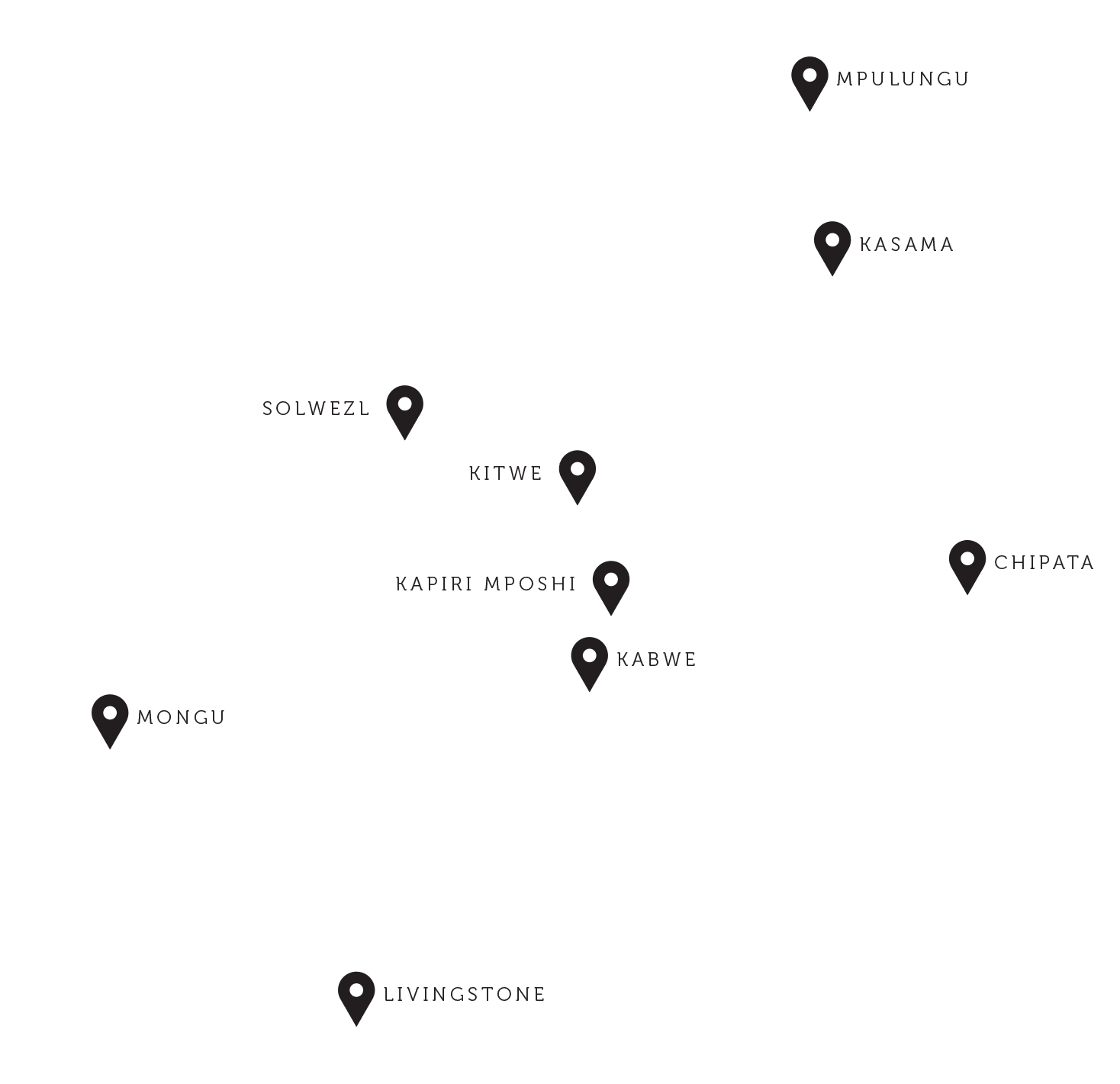 The first humans to inhabit Zambia were the Bushmen. There is evidence that primitive ‘man’ began using fire some 60,000 years ago. A development of ‘digs’ from this distant past is enclosed at the Field Museum at the Victoria Falls. Modern man probably emerged in Zambia at least 25,000 years ago. By 15,000 years ago, the Late Stone Age commenced. Their ancient rock-art is still being discovered in various parts of Zambia.

The Bushmen gave way to the Bantu people from the north. Ensuing were tribal wars and the slave trade until missionaries and David Livingstone arrived in 1840 as a medical evangelist. Imperialist Cecil Rhodes followed in their wake, and in 1911, the country became the British colony of Northern Rhodesia, with the town of Livingstone as its capital. After 10 years Zambia gained its independence as a Commonwealth Republic under Dr Kenneth Kaunda, in October 1964. In 1972 the country reverted back to multiparty politics in December 1990. The current government is committed to rebuilding the country’s economy and tourism industry in partnership with the private sector.

Despite Zambia’s vastness as a country and relatively small population, the country’s main centres such as Lusaka and the Copperbelt town of Ndola are developed and sophisticated places in their own right with reputable hotels and restaurants. Lusaka is particularly graced with international and local quality hotels and lodges.

Zambia’s craftsmen have combined their artistic skills with tradition to produce a fine range of crafts which include intricate basket weaving from Barotseland, fine ebony sculptures from the Southern Province, ceremonial masks, drums, brass, copper and malachite works of art.

Nestled on a hillside in a remote game rich area of the South Luangwa National Park is Puku Ridge Camp, named after the Puku antelope that inhabits this area. This…
READ MORE...

Set on a hill bordering the Mosi-oa-Tunya National Park and overlooking unspoilt bush, Stanley Safari Lodge is only 3km from the Victoria Falls. This lodge has a truly African feel,…
READ MORE...

Kapani is an exclusive camp situated on the banks of one of the Luangwa River's many ox-bow lagoons. Kapani means - place of mopane trees. The lodge is located close…
READ MORE...

Nsolo Bush Camp is situated on a bend in the Luwi sand river that runs through the heart of Zambia's South Luangwa National Park, just three hours' walk from Luwi…
READ MORE...