Botswana is a landlocked country situated in Southern Africa. It is bordered by Namibia, South Africa, Zimbabwe and Zambia. Botswana has a land surface of 581,730 square km and is comparable to the size of France or Texas. Approximately two-thirds of the country lies within the Tropics.

The Kalahari Desert covers 84% of Botswana, comprising a vast and nearly level, sand filled basin characterised by scrub, tree and grass savanna, dotted with pans. “Kalahari” is derived from the Tswana word Kgala meaning “great thirst” – hence the desert has vast areas covered by red sand without any permanent water.

The Kalahari Desert is the largest sand basin in the world stretching 2,500kms from the northern regions of South Africa through to Namibia/Angola and ending in the Democratic Republic of Congo (DRC). The Central Kalahari Game Reserve (CKGR) is the largest game reserve in the world (52,800sq kms) and for many years was closed to the public.

Other geographical regions include the Okavango Delta in the northwest, which is part of the Kalahari Basin; a vast network of rivers, lagoons, channels, swamps and islands. Here also lies the Tuli which is dominated by hills, kopjes and boulders with an average elevation of 1,000 metres.

Botswana has hot summers during the months of December through to March, and a cool, dry winter during the months of June, July and August. December and January are the hottest months, with average temperatures rising to 40˚C. Winter temperatures are moderate during the day, but cold at night, and can drop to below freezing. Rains are erratic, unpredictable and highly regional, which correspond with the summer months. Therefore, most of the country is without perennial surface water. 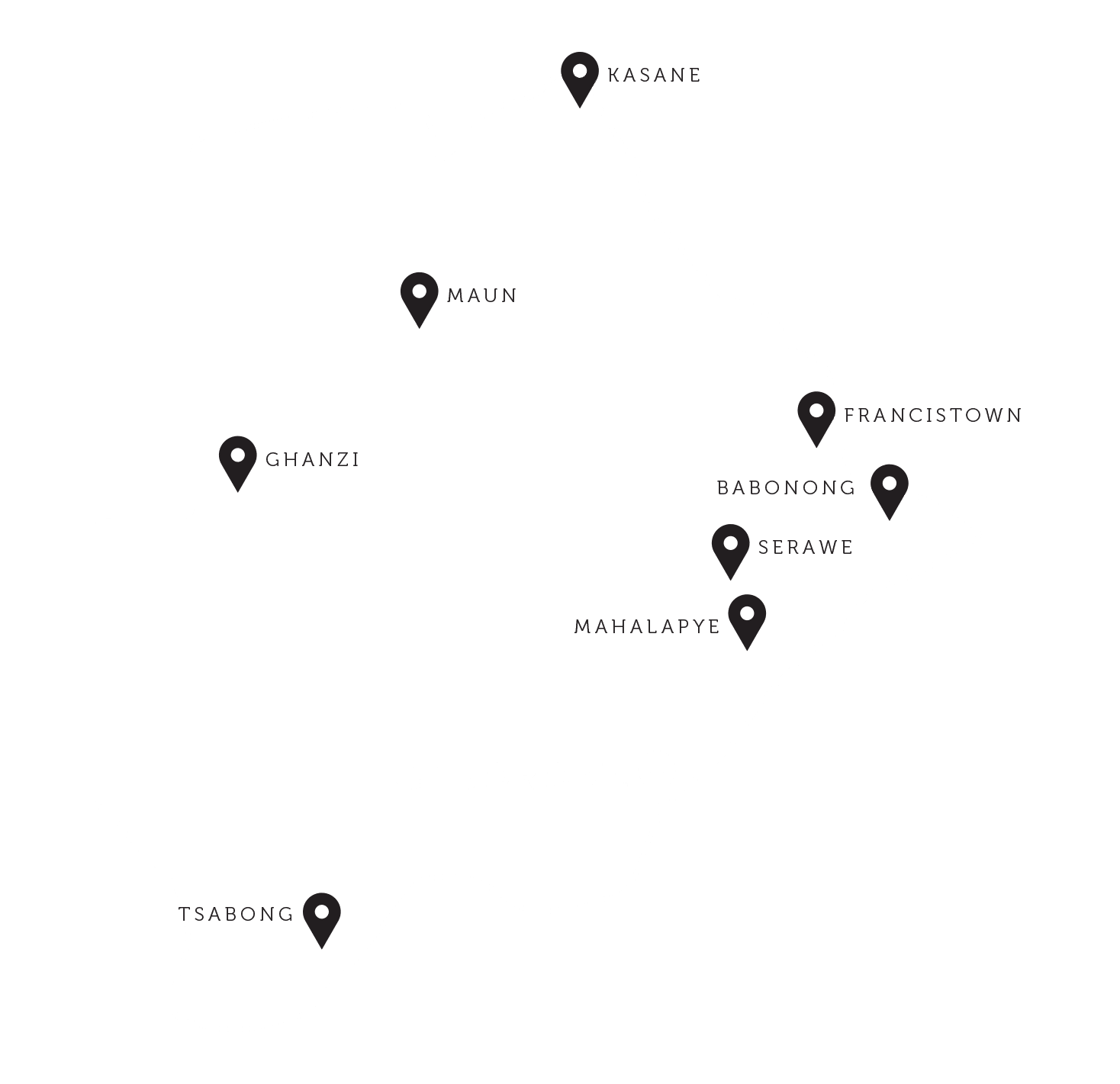 Formerly known as Bechuanaland, Botswana was a British colony until 1966. The population of Botswana is 1.85 million and growing at a rate of 2.4% per annum (2006 statistics). Approximately 75% of the population live in the eastern part of the country, and settlement is heavily populated towards the four main urban areas; Gaborone (the capital with a population of approximately 250,000), Francistown, Selebi-Phikwe and Lobatse.

Whilst Batswana are the largest ethnic group, the country has a diversity of peoples speaking their own languages and practicing their unique cultures. The oldest ethnic group is the San, who are the original inhabitants of Botswana, followed by the Khoi-Khoi (Hottentots) and the Bantu groups.

The time of independence in 1966 also heralded the discovery of diamonds and the commencement of diamond mining in 1971. The country is dominated by cattle farming and mining, with diamonds remaining as the mainstay of the economy, and is the major source of government revenue.

Since its independence in 1966, the country’s Constitution has literally remained intact since it was written and adopted at that time. The constitution also provides for the establishment of the Ntlo ya Dikgosi (House of Chiefs). This comprises chiefs and traditional leaders who advise the National Assembly on issues of land tenure, customary law and chieftainship.
Botswana is heralded as shining example of good governance promoting a multi-party democracy where freedom of speech, association, religion and press are all strongly upheld. It is one of the most stable and peaceful countries on the African continent.

The 5 Rivers Safari offers an affordable range of safari camps, covering all major wildlife locations that occur around the five major rivers in the region. The big idea is…
READ MORE...

Sanctuary Chobe Chilwero Lodge borders the Chobe National Park, which is the second largest national park in Botswana. The lodge is situated above the Chobe River and offers unparalleled panoramic…
READ MORE...

Kwando Kwara Camp is situated on the edge of the permanent waters of the world renowned Okavango Delta in Botswana, and shares a common boundary with Moremi Game Reserve. Kwando…
READ MORE...

Chief’s Camp is a luxury camp situated on Chief’s Island in the exclusive Mombo Concession of the Moremi Game Reserve. This region is known as the “predator capital” of Africa…
READ MORE...

Sanctuary Baines’ Camp is located on the Boro River, set amongst the shady trees and water of the Okavango Delta, on a private concession neighbouring the Moremi Game Reserve. The…
READ MORE...

Hidden in the Southern portion of the extensive Kwando wilderness of 232 000 ha. (550 000 acres) is Kwando Lebala Camp. Lebala is the Tswana word for wide-open plains, and…
READ MORE...