Kenya lies astride the equator on the eastern coast of Africa. It is a medium-sized country by continental standards, covering an area of about 586,600km sq. Inland waters cover some 10,700km sq, the bulk of this in Lakes Victoria and Turkana.

The landscape of Kenya is divided into two halves. The eastern half slopes gently to the coral-backed seashore, and the western half rises abruptly through a series of hills and plateaus to the Eastern Rift Valley. West of the Rift is a westward-sloping plateau and the lowest part is covered by Lake Victoria.

The snow-capped peak of Mount Kenya (5,199m) is the country’s highest point, making it the second highest mountain in Africa.

The main rivers are the Athi/Galana and the Tana. The major lakes are Lake Victoria, Baringo, Turkana, Naivasha, Jipe, Magadi, Nakuru, Bogoria and Elementeita. 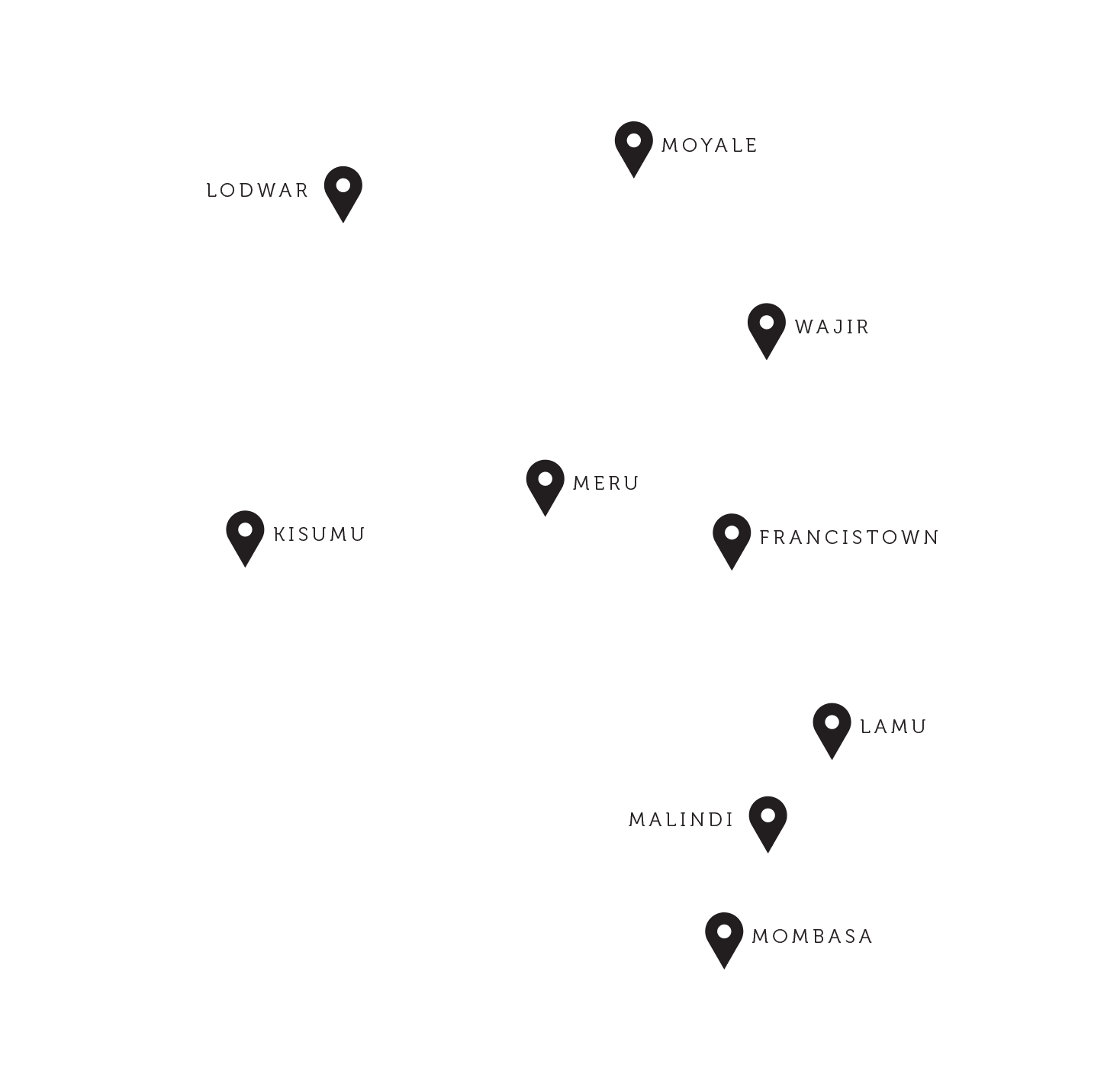 Kenya is revered by anthropologists as the ‘cradle of humanity’. It has the globe’s most magnificent wildlife parks, unsullied beaches, thriving coral reefs, memorable mountain escarpments and ancient Swahili cities.

The Swahili word safari literally means journey. It wouldn’t mean much to most people if it wasn’t for this East African adventure land which is known for the annual mass migration of wildebeests in the Masai Mara!

Kenya’s history dates back six million years, when ‘Millennium Man’ first walked the Tugen Hills and began his long journey back to the stars. With an evolutionary record stretching back 25 million years, Kenya is the motherland of mankind. It is the adopted home of over 40 different ethnic migrant groups who wandered here from Ethiopia, the Nile and the slopes of Mount Kilimanjaro. After that came the formation of the various language groups who developed their own religions, traditions, governments and ruling systems in which they dictated their way of life, managing to keep alive their trade and occupations.

After this period the white settlers arrived, followed by the fight for liberation, which gave birth to the Mau Mau freedom fighters and the rise of the Kenyan heroes.

In recent history, Kenya gained independence in 1963 with Kenyatta becoming Kenya’s first president. When Kenyatta died in 1978, Daniel Arap Moi became President, and in the democratic multiparty elections in 1992 and 1997 he was re-elected. The current president Uhuru Mugai Kenyatta is a Kenyan politician and the 4th president of the Republic of Kenya.

Msambweni Beach is located on the South Coast, 50 miles South of Mombasa and 20 miles from the border of Tanzania. Msambweni Beach House & Private Villas are situated in…
READ MORE...

The Annual Wildebeest Migration from the Serengeti in Tanzania to Masai Mara in Kenya is one of the greatest natural spectacles in the world, the annual movement of massive herds…
READ MORE...

Sabuk Lodge is situated in Laikipia - central Kenya, perched on a cliff overlooking the Ewaso Nyiro River, which cascades beneath the lodge all year round. Sabuk, which remains a…
READ MORE...

Governors’’ Camp is located on the banks of the Mara River in the Masai Mara Game Reserve. Governors’ Camp has been a pioneer of safaris in Africa for 30 years.…
READ MORE...