South Africa occupies just over 1.2 million km², spanning about 1,600 km from north to south, and the same from east to west. It is roughly the size of France and Spain combined.
South Africa is the southernmost tip of Africa. To the North, is bordered by Botswana and Zimbabwe. From its desert border with Namibia on the Atlantic coast to its subtropical border with Mozambique on the Indian Ocean, South Africa’s coastline spans over 2,500 km. South Africa completely surrounds Lesotho and almost completely surrounds Swaziland.

There are nine provinces in South Africa.

The Western Cape is arguably South Africa’s most popular tourist destination with its incredible beauty and diverse attractions such as the Table Mountain National Park and the Cape Peninsula, to mention a few. It is flanked by two dramatic oceans: the Atlantic to the west and the Indian to the south. The capital city, Cape Town is the province’s largest city with a population of approximately three million people. The entire province is home to about four and-a-half million people. It is also the country’s legislative capital.

The Eastern Cape (capital city Bisho) is an untouched region that offers miles of white sandy beaches and the incredible, yet unforgiving terrain of the Baviaanskloof. It is flanked by the warm waters of the Indian Ocean and it is a popular holiday province thanks to its beautiful beaches (some wild and secluded), its game parks and semi-desert regions.

The Northern Cape (capital city Kimberley) is one of the least populated of the South African provinces. The Northern Cape is known for its serene semi-desert landscapes, game reserves, wild flowers, diamond diggings and clear starry nights. Kimberley is home to the largest man-made hole in the world, the diamond mine known as the Big Hole. Covering 17ha, it was closed as a working mine in 1914. The largest diamond ever found, the Cullinan, is a Kimberley diamond and the city pays tribute to its heritage in the form of an open mine museum, with a quaint museum village.

The Free State (capital city Bloemfontein) offers wonderful panoramic landscapes and vistas, from the flat corn and sunflower fields to the dramatic sandstone canyons located on the Lesotho border. This landlocked province has a population of 2.7 million people and is known as the City of Roses.

Gauteng (capital city Johannesburg) is the smallest province, but it has the highest population of 9.5 million people. Situated on the Highveld (a high plateau), it is bounded by the North West, Free State, Mpumalanga and Limpopo provinces. Here in the heart of South Africa’s Highveld, highly urbanised Gauteng is the economic powerhouse of South Africa. The world’s richest goldfields are found here and are known as Igoli – the Place of Gold.

KwaZulu-Natal, also known as KZN, (capital city Pietermaritzberg) has unspoilt coastlines and a rich cultural heritage. It is known as the kingdom of the Zulu and is one of South Africa’s premier holiday destinations. KZN is on the east coast and borders Mozambique, Swaziland and Mpumalanga to the north, Lesotho and the Free State to the west and the Eastern Cape to the south-west. A total of 9.3 million people live here.

Mpumalanga (capital city Nelspruit), ‘the place where the sun rises’, lies in the eastern part of South Africa. About 3.2 million residents live in Mpumalanga. The province is characterised by stunning scenery (mountains, forests, canyons and wild animals) and its premier attraction is the Kruger National Park, South Africa’s largest and most renowned national park. This famous game park, roughly the size of Wales, is easily one of the best in the world and one of the biggest tourist attractions in the country.

Limpopo (capital city Polokwane), is an attractive, disparate landscape made up of dusty flat bushveld, rolling hills, lush savannah and dry bush. The ancient baobabs, lush wooded mountain valleys and scorching bushveld make this a place of romance and intrigue. Located in the northernmost province in the country, it is named after the Limpopo River, which forms the border between South Africa, Botswana and Zimbabwe. 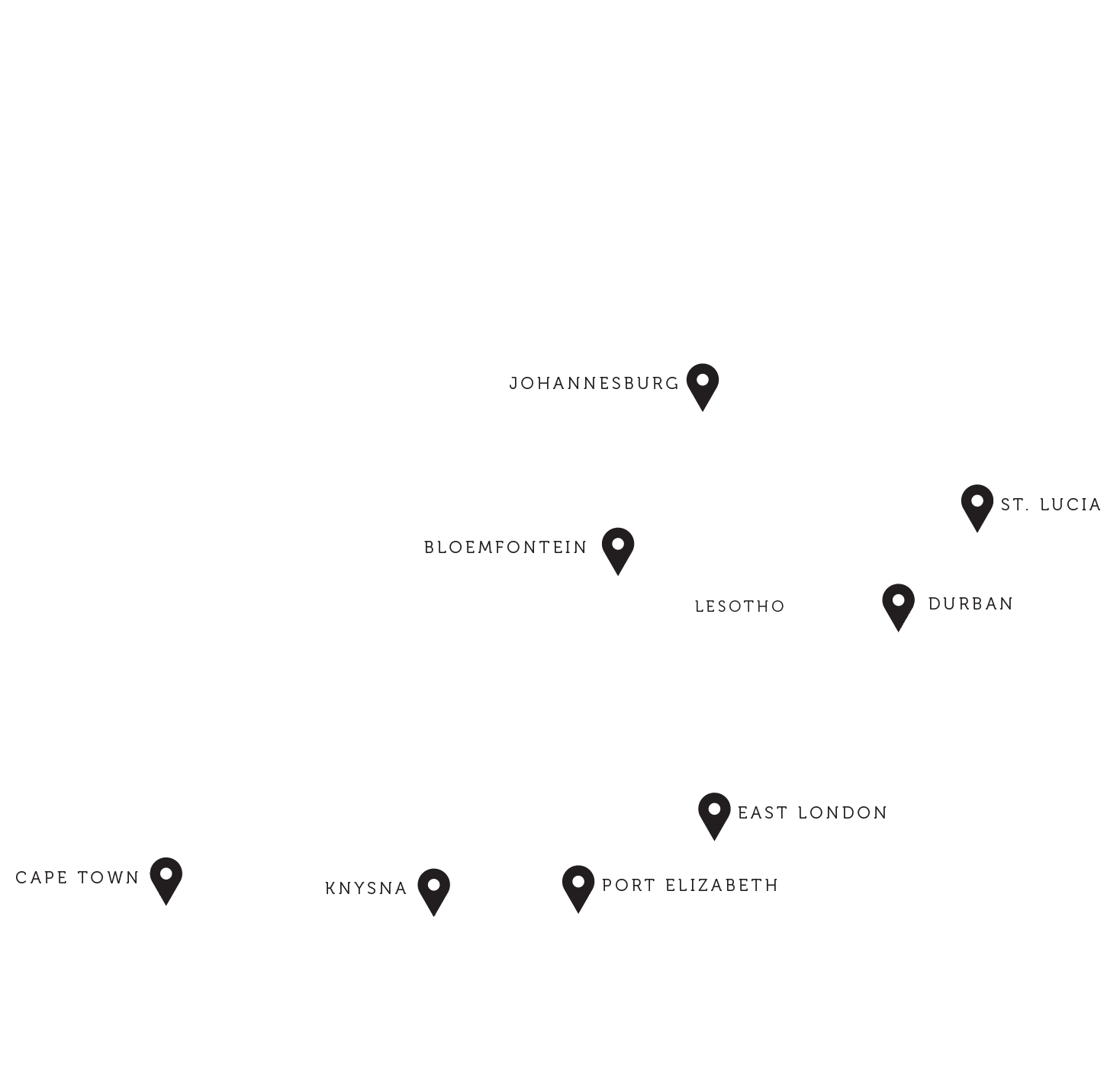 Nine of South Africa’s 11 official languages are African, reflecting the cultural and linguistic diversity of the African people, comprising of the Nguni (Zulu, Xhosa, Ndebele and Swazi), the Sotho-Tswana (Southern, Northern and Western Sotho), the Tsonga and the Venda.

The white population – largely descendent from the Dutch, German, the British and French Huguenot – were colonial immigrants from the late seventeenth to the nineteenth century. These peoples are divided into English and Afrikaans speakers.

The so-called coloured people, who mostly speak Afrikaans, are of mixed race. The mixed race peoples are a combination of descendants from eastern and central African slaves, the Khoisan (indigenous people who were the earliest inhabitants of the Cape), Africans and white people.

The roots of the South African Asian population are Indian. They mainly speak English as their language of origin, and are traced back to indentured workers brought to work on the sugar plantations of the then Natal (now KwaZulu-Natal) in the nineteenth century.

With so much ethnic diversity and a richly layered past, South African culture is far from homogenous. Rural culture is well represented and there are several cultural villages in which visitors can experience the traditional African way of life.

Nelson Mandela is one of the great moral and political leaders of our time. He is an international hero whose lifelong dedication to the fight against racial oppression in South Africa won him the Nobel Peace Prize and the presidency of his country.

After his release from Robben Island, Nelson Mandela, as the first democratically elected President of south Africa, received many gifts from the South African and international community. These gifts were in recognition and appreciation of the role he played in the struggle for peace, freedom and democracy in South Africa and the world.

Nelson Mandela accepted these gifts on behalf of the South African people and wished that the gifts be displayed for the benefit and appreciation of the nation, near his home village, Qunu – in the Eastern Cape. It is for this reason that the museum comprises the impressive Bhunga Building in Mthatha, the Qunu component and the open-air museum at Mvezo.

The location and design of 26 Sunset Villa combine to offer you secluded tranquillity and perfect opportunities to relax, revive and reboot after enjoying the exhilarations Cape Town has to…
READ MORE...

Thanda, meaning ‘love’ in Zulu, is an expression of the magical union of the power of Zulu culture, wildlife, romance and exclusivity. Thanda Private Game Reserve is South Africa’s top…
READ MORE...

Sandals Guest House is ideally situated in the picturesque town of St Francis Bay. The ambiance of this “Boutique Guesthouse” is a unique and international blend of its superb hospitality,…
READ MORE...

Garonga Safari Camp is situated in the greater Makalali Conservancy situated west of the Kruger National Park. This unassuming sanctuary promises an intimate wildlife encounter in an unhurried environment where…
READ MORE...